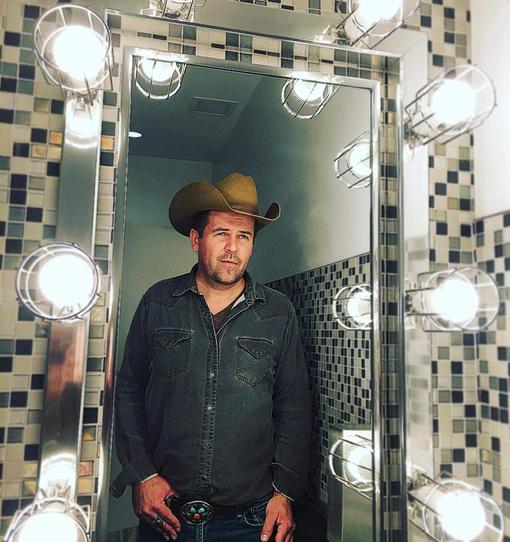 Jeff began honing his songwriting skills working the red-eye shift as a taxi driver. Railroad conductors, heartbroken men and women after bar close and wild out-of-towners were all frequent riders who freely opened up about their personal lives. Their late night conversations were all inspirations to the genesis of his upcoming career as a songwriter and entertainer.

Jeff has toured the lower 48 from coast to coast as well as England, Scotland and Wales. Much in the vein of Johnny Cash, Jeff writes his own songs but also performs unique interpretations of other songs he admires. He's opened up for Dr. John, Mason Jennings, members of Wilco, Joe Pug, Bernie Sanders, Hymn For Her, Bill Staines and has performed along side Phil Vassar and Sam Amidon. Justin Vernon of Bon Iver fame was once Jeff's lead guitar player in “Jeff White & The Front Porch”. His song, “Please Come Back To Me” was the intro theme song to “Spectrum West on WPR, Wisconsin Public Radio as well as being featured in the movie, “Illegal Use Of Joe Zopp”. His music is regularly played on Verge 99.9FM. He's opened one of his tours at the legendary Big Top Chautauqua and has 6 studio albums under his belt. One album is with Charlie Parr & folk music legend Greg Brown titled, Barn Aid – Down In The Valley. His latest CD, 'Renegade Revelations' recently received a 4 star rating in The Netherlands on the alt-country review website, altcountry.nl.

"A great local resource, and to flesh it out with humanity, Jeff is still the best open Mic, and maybe one of the best solo acts. When he decides to play with previous collaborators, you want to pay attention."  Mike Fischer​

"Jeff White is such a gift to us in the Chippewa Valley. He has worked tirelessly to bring his best at every performance delighting towns all over the U.S. His Americana and classic southern tunes make you appreciate his rich voice and lyrics on a different level. Jeff has played at our winery on several occasions and we were lucky to get him each time. I already booked him for our huge customer appreciation day for next year!  We're proud to call this big act from a little town our friend!"
-Jean McIlquham, owner at Autumn Harvest Winery, Chippewa Falls, W

"Jeff's total enthusiasm carries his works and his lyrics are quite fascinating! His guitar style is aggressive, smooth, passionate and precise all at the same time. It's always a pleasure to hear something different, something adventurous, something fresh, especially when it's done well."— Toxic Pete, TOXICPETE.CO.UK

"Jeff's voice can go deeper than the grave of Johnny Cash"

"Jeff is an Eau Claire gem; a GREAT songwriter and a powerful performer!"  -Sue Orfield